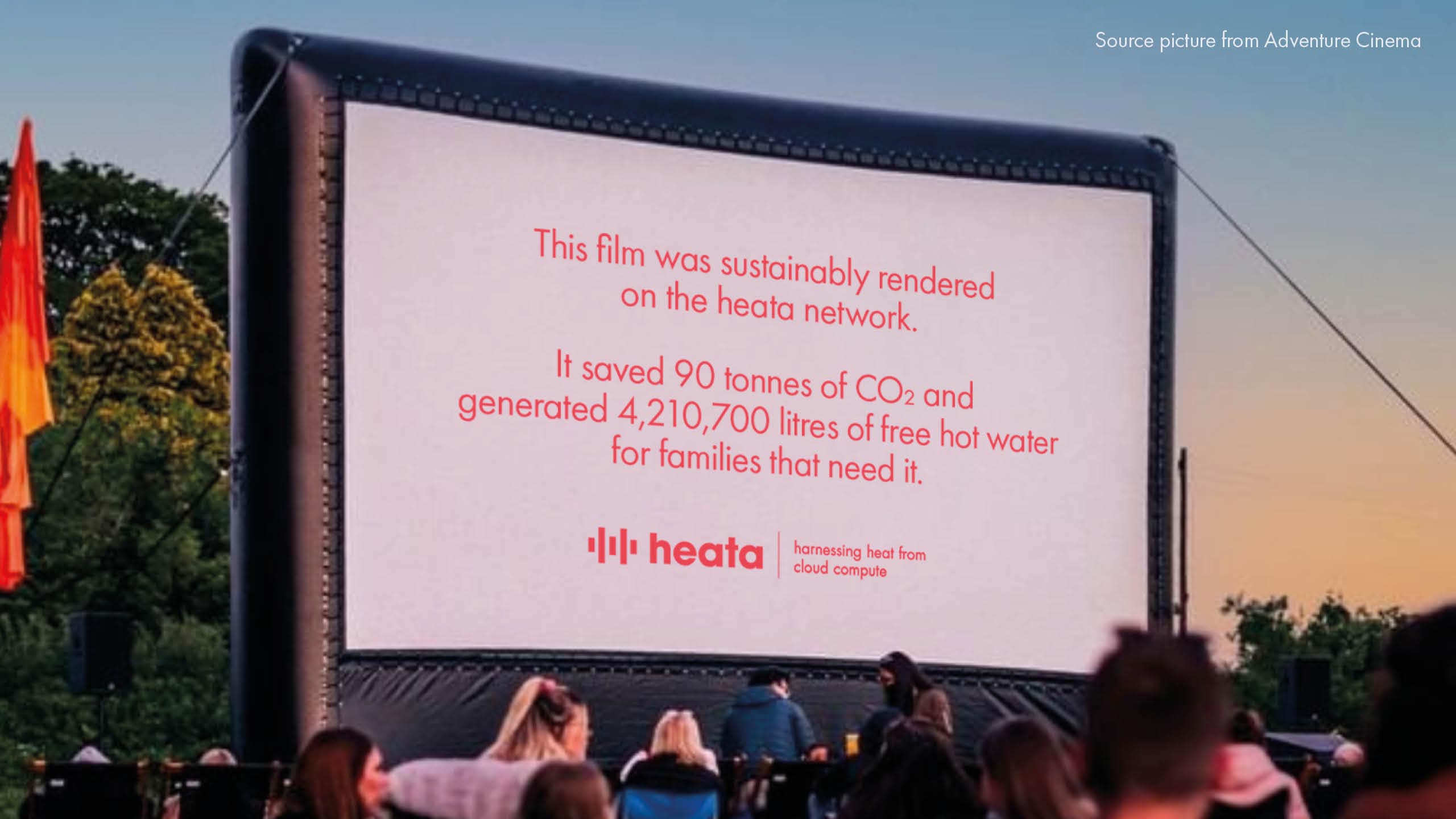 How can a film provide hot water?

While everyone loves watching the latest movie releases, an unfortunate by-product of the animated film and tv industry is the huge amounts of waste heat produced by the rendering process.

It might be hard to believe but the waste heat from rendering a 90 minute film could provide a day's hot water for 20,000 homes!

This assumes 130,000 frames, each taking 3 hours to render on hardware using 270W of power. And this is without factoring in the working renders before the final production - it's estimated that it takes around 15 working renders to get to each final frame. So the impact of the whole production process is far greater.

Rendering Toy Story
According to a Pixar feature in the June 2010 issue of Wired, Toy Story 3 took on average 7 hours to render per frame, with some frames taking 30+hrs. Fast forward to Toy Story 4 and the most complicated frame took over 1200 hours - thanks largely to a chandelier taking up half of the shot!

100s of shows, millions and millions of frames

If a ninety minute film is made up of 130,000 individual images, an animated tv series with a number of seasons can be into the millions. Multiply that by all the animated features available on streaming services and you can see how it soon adds up. That’s a huge amount of waste heat. Then remember that each of those frames also has a carbon impact.

It's worth thinking about next time you watch the next Pixar blockbuster or your children are on a Paw Patrol binge.

How does heata help?

Heata is developing a far more sustainable rendering option. We harness the waste heat from rendering to generate free hot water, avoiding the air conditioning required by most data centres. And by combining rendering with hot water production we can make a 56% saving in emissions vs a data centre + hot water heating.

How does heata work?

Once installed, a heata unit generates about 80% of an average household’s hot water by re-using heat that would otherwise be emitted into the atmosphere.

Imagine a world where the heat generated from rendering top animated films and cgi sequences is re-used to provide free hot water in homes all over the UK. It could make a major difference to the lives of people living in fuel poverty and significantly reduce the carbon footprint of the film and tv industry. You can imagine the end credits:

Working towards a sustainable rendering platform

High end rendering for production is a specialised, technical process. We’re in the process of seeing how our system can provide a viable alternative to in-house render farms and data centre based cloud rendering platforms.
‍
Our first step has been to develop the network to work with V-Ray, using Chaos Group’s .vrscene files to simplify the export for rendering. If you use that system to render stills or short animations we’d love to hear from you, and you can help us on our journey to enabling more sustainably rendered movies. 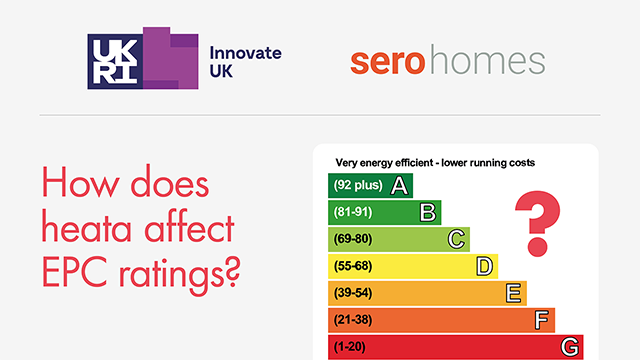 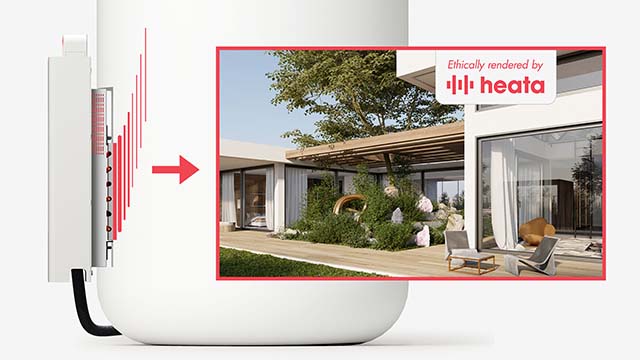 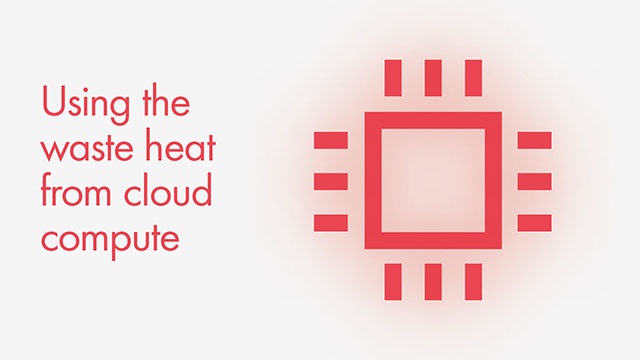